The WLHA is on a mission to become the single most comprehensive resource for information the general public needs in order to fully understand that the lionfish invasion is TRULY a plague unlike we have ever witnessed in human history. We’ve attempted to compile the following list of lionfish facts and present them with as little commentary or fluff as possible.  If you see a correction, update or have an addition you think should be made, please use our Contact Page or leave a comment below the article to bring them to our attention. At the end of this list we have provided several other links to collections of additional information as well.

If you find these facts useful in your research about lionfish and other invasive species, please consider providing a back link to Lionfish.co, giving us a Google+1, a Facebook “like” or a mention on Twitter so that we can continue with our mission and effectively reach others like yourself in a meaningful and educated way.

Lionfish are native to the Indo-Pacifc region and the Red Sea.

It is entirely unlikely that we will ever eradicate either population from the invaded areas. They are here to stay and we must all get involved to manage their population until nature finds a way to reach some balance.

The genus name “Pterois” is from the Ancient Greek word for “feathered” or “winged.” There are 10 species of lionfish in the genus.

The largest record lionfish measured a little over 47cm or 19.5 inches and was speared off the coast of Port Canaveral, Florida in the United States.

Using water temperature as the limiting factor of it’s potential non-native range, lionfish could theoretically live during the summer months as far north as Rhode Island, United States (where there are documented sightings) and as far south as Buenos Aires, Argentina (no known sightings yet).

Lionfish have been visually sighted down to depths of 1000 feet or 305 meters.

Lionfish have no known predators outside of its native habitat, though there are reports that grouper, gray triggerfish and large eels have eaten healthy, uninjured lionfish in the Caribbean Sea.

Predators known to hunt lionfish in their native habitat include cornetfish, grouper, large eels, bobbit worms, frog fish, other scorpionfish, sharks and others.

Female lionfish are sexually mature and will release eggs when they reach 7 to 8 inches in length, or approximately one year old.

A female lionfish can release between 10,000 and 30,000 unfertilized eggs every 4 days year around, approximately 2 MILLION eggs per year, in South Florida and warmer Caribbean waters but possibly only spawn 3 to 4 months a year in colder waters. She will typically release 2 egg sacs that are between 1 and 2 inches long every spawn.

It has been reported that the egg sac contains a chemical deterrent that discourages other fish from eating the eggs.

The eggs sacs and larvae are distributed by ocean currents.

Once its territory is established, a lionfish will not usually travel very far from its home.

A lionfish’s stomach can expand up to 30 times it’s normal volume.

Lionfish primarily hunt during the twilight hours of dawn and dusk. They have also been described as active hunters during periods of dim ambient light such as on overcast or notably cloudy days.

Photo taken by Erin Cziraki while doing graduate work at Coastal Carolina University in Conway, SC. My advisor was Dr. Erin Burge. The fish were captured and processed at the Discovery Bay Marine Lab in Discovery Bay, Jamaica which is part of the University of the West Indies.Lionfish can eat prey just over 1/2 its own body size as long as it can get its mouth around the prey.

Lionfish are known to eat just about every marine creature in its range, by some estimates that includes over 70 different fish, invertebrates and mollusks. (There’s been no known instances of them eating juvenile sea turtles… yet.)

A single small lionfish may reduce the number of juvenile native fish on any given reef by approximately 79% in just 5 weeks.

One lionfish was recently found to have over 60 prey in its stomach.

Controlled studies have shown that a lionfish can go up to 3 months or longer without eating and only lose 10% of their body mass.

The venom is a protein-based combination of a neuromuscular toxin and a neurotransmitter called acetylcholine. The venom can be denatured (or rendered inert) by applying heat or freezing.

Recommended first aid for lionfish stings and envenomation include surfacing safely from a dive, removing any broken spines and disinfecting the wound then applying non-scalding hot water for 30 to 90 minutes. Monitor for signs of allergic reaction or shock and react accordingly. Seek medical treatment immediately. Click here for more information about first aid treatment for lionfish stings.

There have been no known human fatalities as a result of a lionfish envenomation.

Yes, you can eat lionfish, they are not poisonous.

Ciguatoxins, the cause of Ciguatera Food Poisoning (CFP), have been found in a small sample of lionfish in VERY SPECIFIC AREAS where other reef predators are known to also carry the risk of ciguatera, however there have been no known cases of ciguatera food poisoning having been caused by eating lionfish to date. 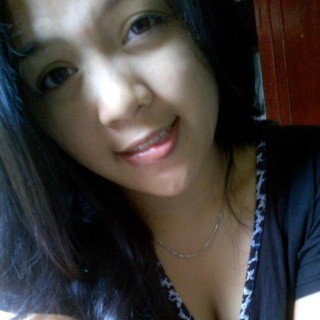